Posted on July 7, 2009 by Blog of the National Coalition Against Censorship 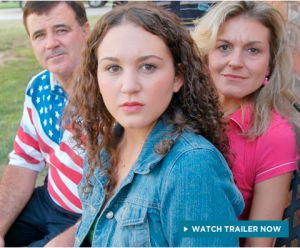 The Education of Shelby Knox. Click to watch the trailer.

I recently had the chance to watch The Education of Shelby Knox, a documentary chronicling a high school student’s campaign to bring alternatives to abstinence-only education to her school in Lubbock, Texas.  A lot happens in eight years. Shelby has since graduated from both high school and college; she is now 23 years old and living in New York City. With Obama in office, abstinence-only education has all been but written out of the proposed budget for next year. 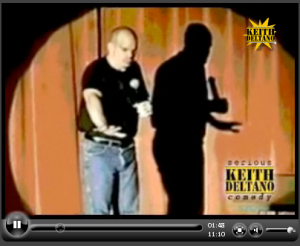 But, the film has not been made irrelevant. Even now, the fate of abstinence-only education is not entirely clear.  Abstinence-only education has the infrastructure of over 20 years of support through over a billion dollars in funding, despite indications that it does not work (indeed, Lubbock had one of the highest rates of teen pregnancy as Shelby informs us in the film’s opening scenes).  As some commentators point out, both Democrats and Republicans in Congress have been all too willing to support curricula centered on the abstinence-only message for its political capital.  Furthermore, the abstinence-only movement has thrown itself into rebranding its image so that it resembles comprehensive sex education and appears more scientifically grounded.  Who knows if it might be able to sneak in under the radar? We might do well to remember former Surgeon General Jocelyn Elder’s comparison of abstinence-only education to child abuse.

More than abstinence-only education, this film is about the struggle of youth to be heard.  Shelby works with the local youth commission, a group set up under the auspices of the local city council.  When the youth commission decides to support bringing comprehensive sex education to schools, the call is met with deaf ears. Then, threats loom that the mayor will pull the plug on the youth commission ostensibly for budgetary reasons.

Shelby is told by her opposition, Wayson Gerwig, a founder of the Family Values Coalition that a comprehensive sex education program will “never fly” in Lubbock.  He lords over the fact that he has the power to mobilize a voting citizenry and she does not:  “Somewhere up the chain of command is an elected official that people like me put in office.  And what that means is if Eric [the commission’s youth advisor] puts in a policy that is not in agreement with the community at large, we will have our elected official fire that person or replace him.” Thus, Shelby learns an unfortunate civics lesson about the majoritarian tyranny of elected school boards. She is twice excluded from the democratic process – as a minority viewpoint in the debate and a minor without a vote.

When Shelby joins the fight to allow a Gay Straight Alliance to meet at school – in her mind a logical extension of the youth commission’s efforts – she is further alienated from both the youth commission and the larger community.  There are heartwarming moments in the film, however; the journey that Shelby’s parents take alongside their daughter is particularly touching and explodes binary stereotypes about conservative red America.  And Shelby herself embodies a bag of seeming paradoxes:  Though she has taken an abstinence-only pledge, she understands the need for comprehensive sex education; she maintains her Baptist faith as she questions it with local pastor Ed Ainsworth, a vocal and seemingly omnipresent abstinence-only advocate; she learns how to be the liberal daughter of two conservative parents without dismissing their views.

Ultimately, Shelby outgrows the youth commission – there is no room in city hall for her opinions, efforts or causes.  It seems likely that the youth commission, now defunct, was never intended to serve as a platform for serious issues.  And here is the tragedy of lost opportunity.  All across the country, there are attempts by youth to tell us what it is that they need to lead healthy and meaningful lives – whether it is through youth organizations, movements, or media.  Instead of listening to these voices, adults often make the mistake of believing that controlling access to information will control the behavior they wish to see change. Like abstinence-only education, such censorship plays out with internet filters that block sites such as those providing information regarding sexual orientation at a time when teens are developing their sexual identities. And worse, our society has started to prosecute teens as criminals for behaviors such as sending text messages with allegedly sexual images of themselves.

There is a happy ending to this story.  In her early twenties, Shelby has grown into a feminist, an activist, and a youth educator. She continues to speak out on the issues important to her through platforms such as her blog. Her frustrating battle against the school board may just have given Shelby the tools necessary to become a powerful ally for youth as an adult.

Blogging Censorship is where National Coalition Against Censorship staff weigh in on the censorship issues on their minds.
View all posts by Blog of the National Coalition Against Censorship →
This entry was posted in Beena Ahmad: Author and tagged abstinence-only education, comprehensive sex education, Education of Shelby Knox, Family Values Coalition, gay-straight alliance, internet filters, Lubbock, sexting, Shelby Knox. Bookmark the permalink.